8 Apps Security Experts Would Never Have on Their Phone

It's time to take a look at your phone and clear out any apps that may be causing you more harm than good. 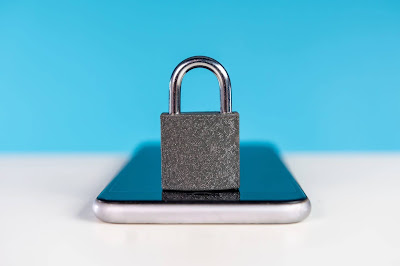 Hackers and spyware and breaches, oh my!

Now more than ever, we rely on our phones for everything. From work to communication to play, it seems like all is just a phone tap away. But do you know how to keep yourself safe while using your personal device? The constant concern over security has been surfacing even more than usual lately news of compromised safety allegations against TikTok, the incredibly popular video-based social media app. With the U.S. government considering banning the app and the country of India already having done so, it’s time to take a look at your phone and clear out any other apps that may end up causing you more harm than good.

Calling out constantly for Alexa, Google, and Siri may make it seem like you added three extra kids to your household. But how safe is this “virtual helper” technology anyway? While all of these apps pose security risks due to their constant listening tools, Google Assistant is the diciest. The problem? Google Assistant "is one of the most pervasive applications in existence. It collects not only behavioral data, but voice searches, and it can record them at any point in time, meaning any time you talk about something, these voice recordings can be tied directly to advertising on Google,” explains Dr. Leif-Nissen Lundbæk, co-founder and CEO of XAIN. The solution? Skip over enabling this virtual helper (or disable it if you currently have it on)

The legacy of WhatsApp is complicated, to say the least. The free text and voice messaging app is especially popular in Europe, as it provides free international calls over Wi-Fi and works on just about any type of phone or browser. Although the app claims to have advanced security features, it has had its fair share of safety problems. “WhatsApp has had some major security breaches with phishing texts and phone calls, that even though were ignored, still installed spyware,” says Laura Fuentes, operator of Infinity Dish. “It could surely become the worst of these applications in terms of privacy if they were to use conversation data to build precise user profiles,” Dr. Lundbæk agrees. So although WhatsApp isn’t the most dangerous app out there, if you personally don’t use it a lot to communicate it’s better to skip the download or delete it off your phone.

Despite the promises made by Facebook CEO Mark Zuckerberg in March 2019, Messenger still doesn’t provide end-to-end encryption by default. This means that unlike WhatsApp, Messenger does have access to all of your conversations and has the ability to store this data. And there’s more, too: “The Facebook Messenger app got a security risk rating of 7 for accessing user SMS, photos, contacts, and camera without permission,” says Allan Borch, founder of Dotcom Dollar. So for now, use another messaging app to make sure no one is eavesdropping on your conversations.

Pokémon Go is one gaming app you definitely shouldn’t have on your (or your child’s) phone. The app has serious security flaws that just don’t seem to make it worth the risk. “Pokémon Go was given a security rating of 7 because of its ability to access contacts, camera, and even the user’s location without permission,” Borch says. Fuentes agrees, also noting that there have been several security breaches on the app. This is one game where you’ll lose more than you can win.

A VPN creates a private network from a public Internet connection which is meant to ensure your safety while surfing the web. However, not all VPNs have your best interests at heart. HolaVPN is one that should never be downloaded due to security reasons. “When you are a free Hola user, you automatically allow other Hola users to reroute their Internet traffic through your computer and network. These other users will access and browse the Internet using your IP address. All their Internet activities will be linked to your unique IP address, which could get you into significant trouble depending on what those other users are doing online,” says David Janssen, founder of vpnoverview.com. SuperVPN is another that is an easy target for hackers, and any Chinese VPNs pose the same security threats (if not more) as TikTok.

As if the COVID-19 pandemic hasn’t done enough damage! Some large companies (most notably Apple and Google) have announced that they will be working to create contact tracing apps that will alert people if they’ve been exposed to someone with COVID-19. In addition to worries that this sort of technology would be a prime harvesting ground for hackers, there’s also a fear that people may accidentally download fraudulent tracing apps that look like they’re the real deal. “There are a lot of apps posing as legitimate government programs that are stealing people’s sensitive data and taking advantage of the stressful nature of this pandemic,” warns Colton De Vos, marketing specialist at Resolute Technology Solutions. If you happened to have downloaded one of these tracing apps, delete it right away!

While this isn’t a specific app that experts want you to erase from your phone, they stress that it’s important to keep in mind that any app that has been “abandoned” by its creator or is unsupported needs to go. “Older apps represent a risk,” explains Phil Strazzula, CEO and founder of Select Software Reviews. “If the developers are not still supporting it, that means they’re not closing any security loopholes that have been discovered since the app’s creation.” Time to look into spring cleaning your phone: Out with the old, and in with the (safer) new.

Apps not purchased in your phone’s app store

Another general tip to follow: Don’t download an app unless it was purchased either on the Apple App store or Google Play store, depending on what type of phone you own. Again, this is more of a “better safe than sorry” technique. “This is not to say that Amazon’s app store is unsafe for anything other than a Fire device, as it isn’t. But the safeguards that have to be disabled to do so put your device at greater risk of malicious applications,” says Allan Buxton, Director of Forensics for SecureData.

At the end of the day, it’s impossible to keep all of your online information safe, all of the time. The number one thing to remember: “Free apps are not free,” says Roger Lewis, CEO of CMIT Solutions. “They use your data for targeted advertising and data brokers.” So before downloading an app, make sure to read the user terms of agreement and ask yourself if what they want access to on your phone is reasonable. Stay alert, stay aware, and you’ll stay as secure as possible.